Charlotte – US Senate candidate and former Gov. Pat McCrory released his first television ad this week, and it made headlines across the nation.  The ad contrasts Congressman Budd’s praise and excuses for Putin and his pro-Russia voting record with Gov. McCrory’s clear message that he doesn’t compliment our enemies.

The ad and the fallout from it have led to a national realization that the Budd campaign is collapsing in real-time.  And while President Biden, Vice President Harris, and other DC insiders like Congressman Budd equivocate on Russia, Gov. McCrory is leading a national discussion on the importance of standing up for our allies in Ukraine and condemning Putin’s murderous invasion.

Here is a sampling of what is being said about Budd’s collapse this week: 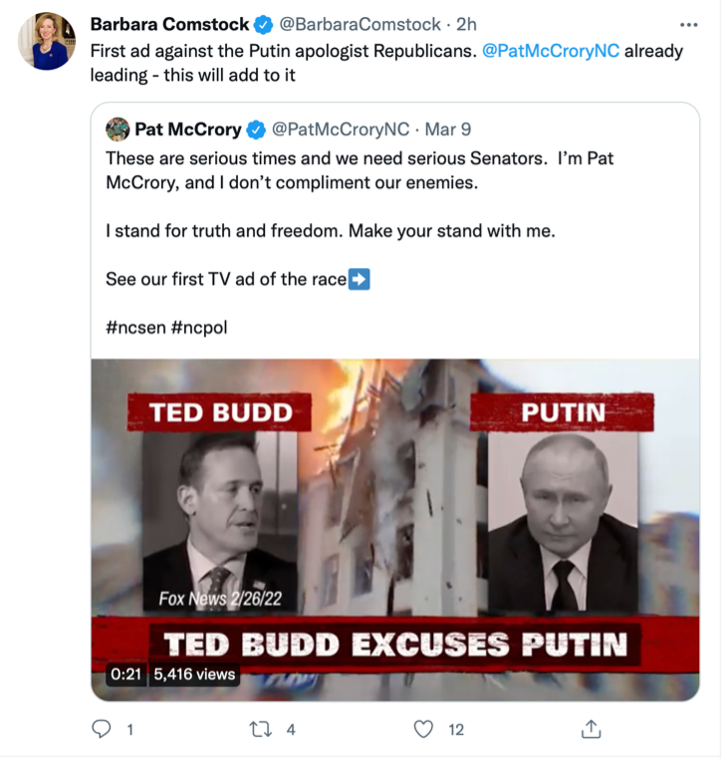 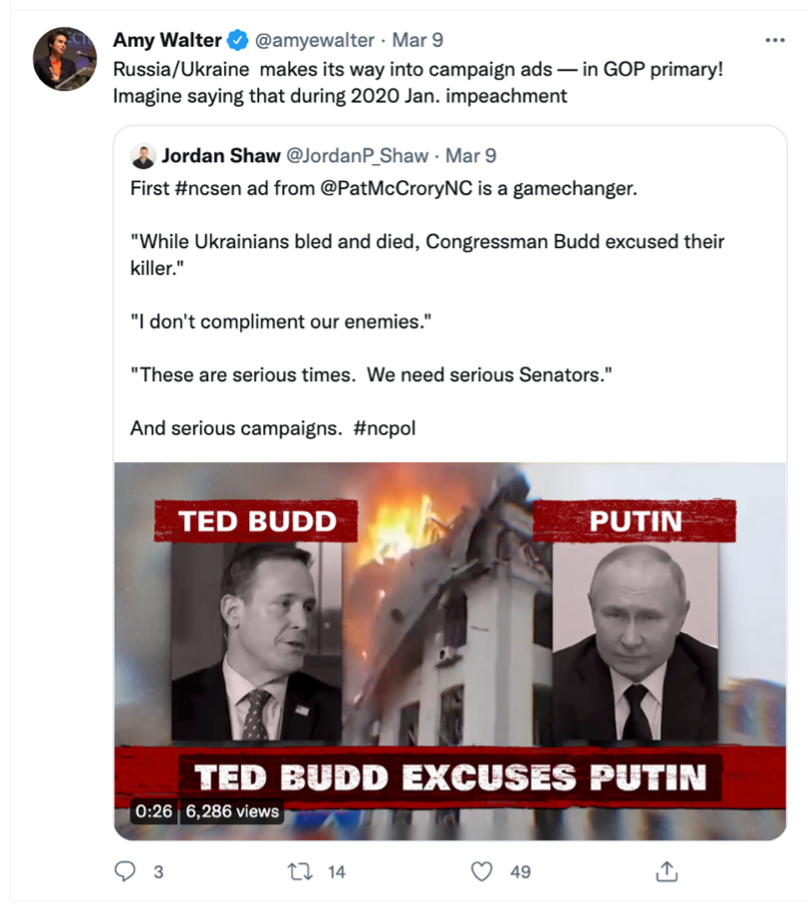 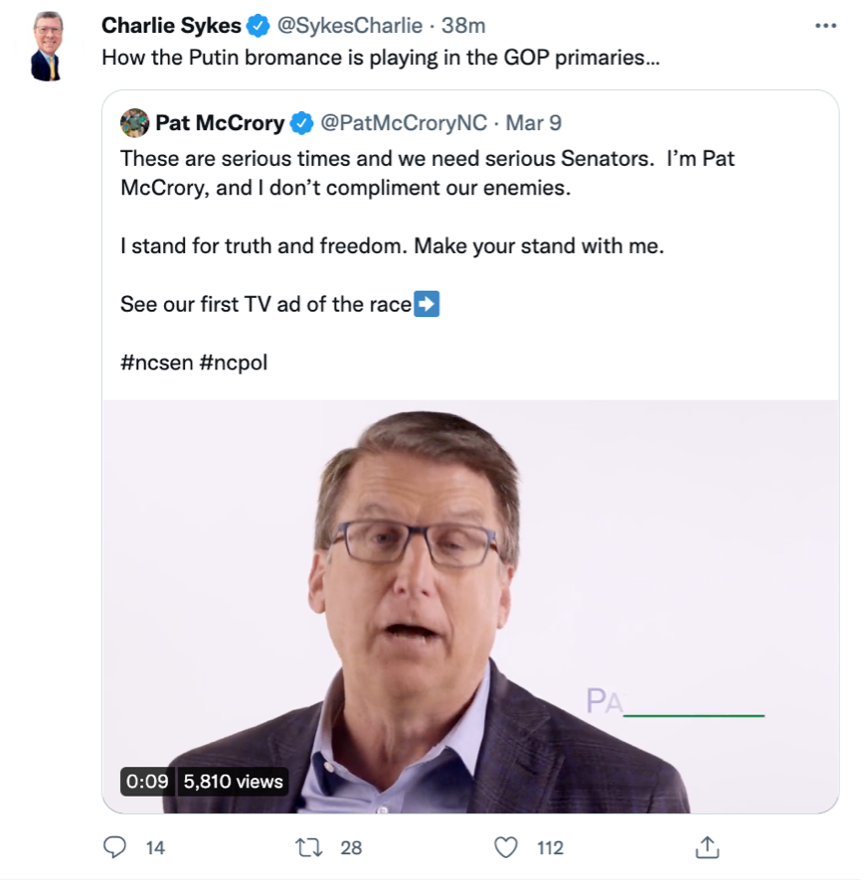 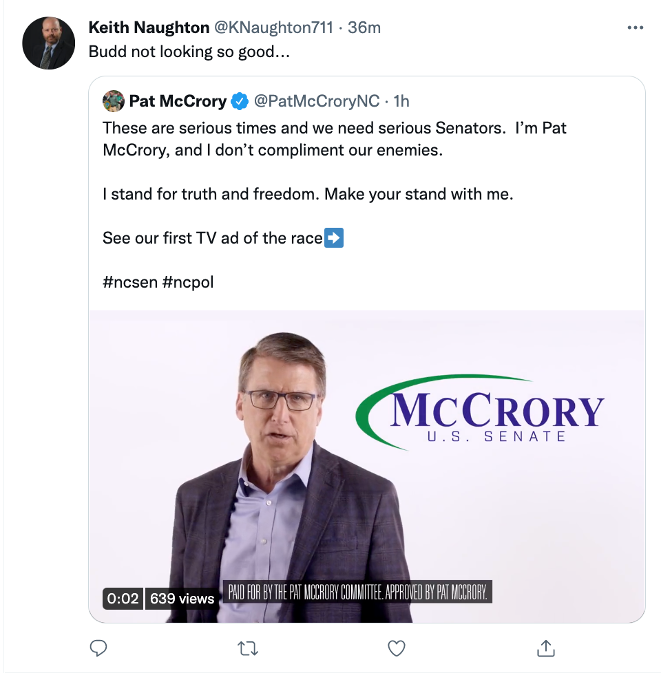 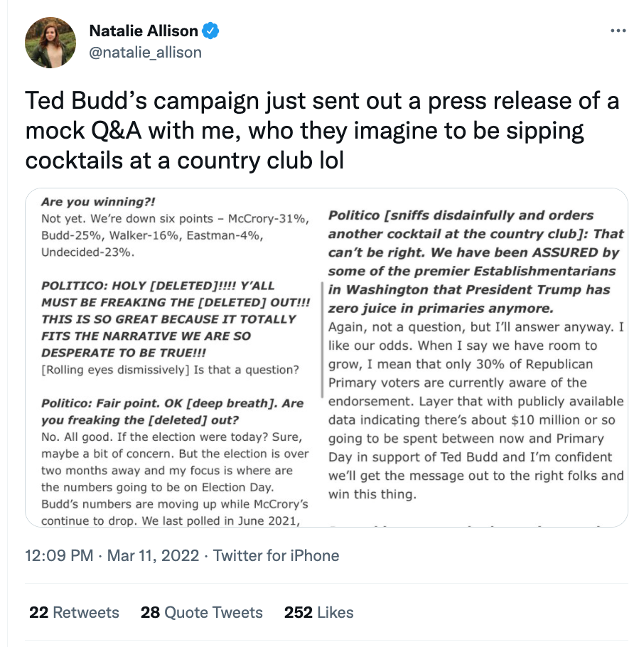 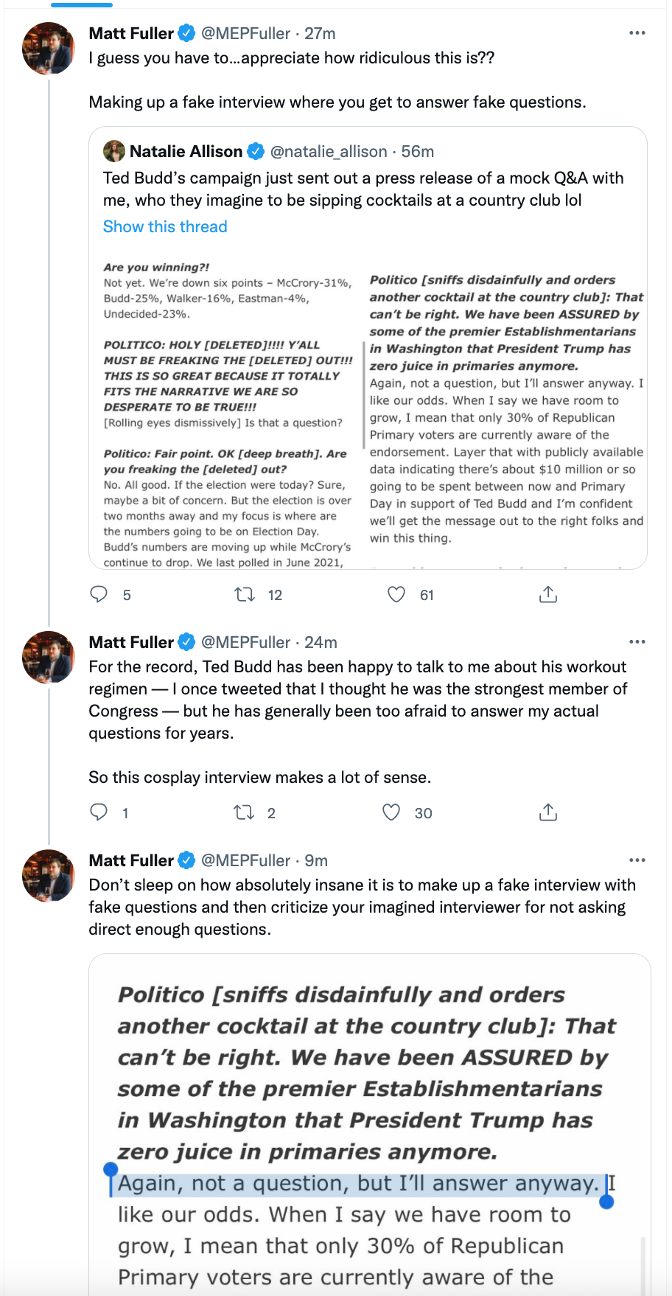 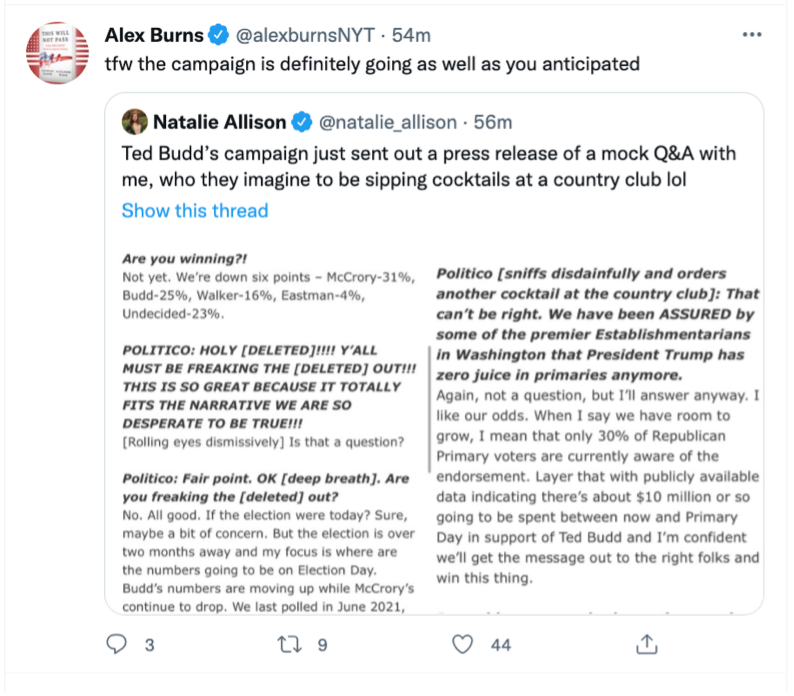